TOP Top
PHILOSOPHY For happiness that starts with rice.
OUR METHOD Listening to the Music of the Ingredients for Over a 100 Years. And for a 100 Years More.
LINE UP Line up
「Narumi-ya Classic」Our Celebrated Traditional Flavors 「Narumi-ya Premium」Championing Great Ingredients from Exceptional Producers
NARUMIYA PREMIUM STORY Discover「Narumi-ya Premium」
NEWS NEWS
STOCKLIST List of Distributors
COLLABORATION Collaboration and OEM
STORE & COMPANY About Kyoto Narumi-ya
CONTACT ONLINE SHOP

For happiness that starts with rice.

Crispy and crunchy. From the moment you pop one in your mouth, the texture and authentic flavor of rice shines through. This sensation is our starting point. An experience from which you will never tire, no matter how often you indulge.

In the 100 years of Narumi-ya’s cracker-making history, we have been part of Japan’s evolving Fuudo (our natural environment and cultural landscape). Our crackers embody these elements: we use rice nurtured by the soil, water, and sun of Japan; paired with flavorful ingredients harvested from our seas and mountains.

By focusing on delicious ingredients, like Japanese rice, we aim to share the richness and diversity of the ingredients themselves, with people around the world and future generations. Collaborating with a number of producers across Japan, we are launching exciting new and tantalizing rice taste-sensations, to offer alongside our wide variety of traditional rice crackers.

We believe the smile that comes from each delicious bite is the power that connects people to each other, to farming and to life.

Continuing to Make Quality Arare for 100 Years and Beyond. 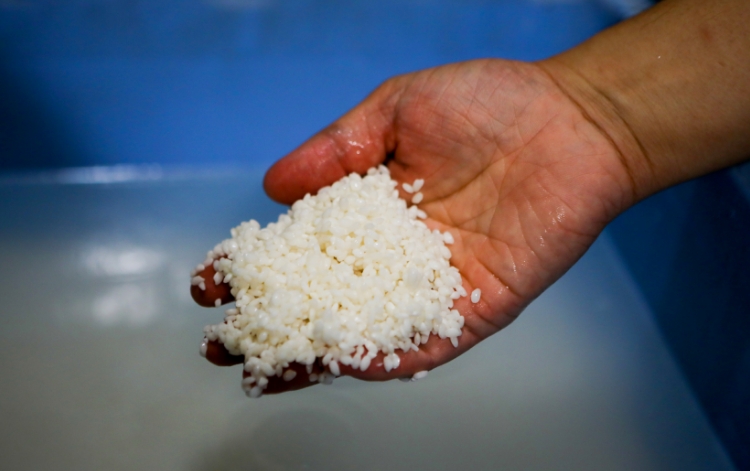 100 Years of History: The Origin of Traditional Kyoto Arare.

Kyoto Narumi-ya was founded by Saburo Narumi in 1923 as an independent subsidiary of the long-established Narumi Mochi. While the parent company specialized in mochi rice cakes and wagashi sweets Narumi-ya specializes in Kyoto arare.‘Connoisseurs in mochi rice dough’ the Narumi-ya expertise has been handed down in our family generation to generation. Our keen eye for quality has remained unchanged for 100 years and continues to be the backbone of our manufacturing spirit.

For us, the heart of our manufacturing is rice and rice dough, and the tradition of Kyoto arare, where rice is transformed into confectionery. Keeping true to our origins we continue our pursuit of ensuring the deliciousness of our rice crackers. 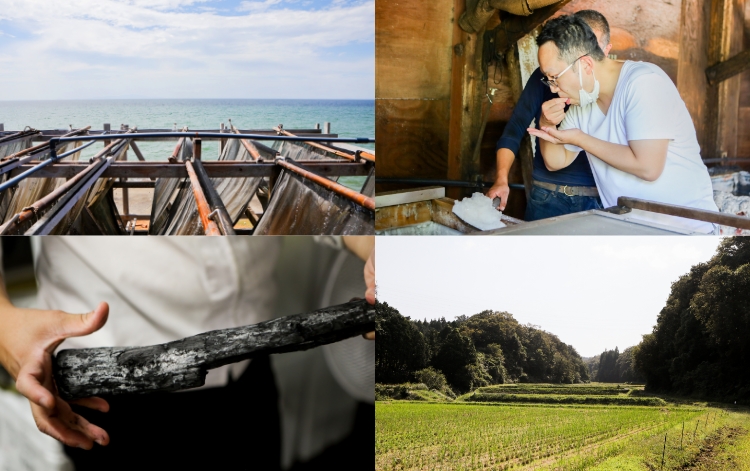 Taking Inspiration from All Things Rice to Create Joy from Rice.

100 years of tradition but also one 100 years of innovation. Our 100 year old tradition is the cornerstone of our continued search for new possibilities. We combine high-quality ingredients from exceptional producers, including our exclusive rice, with traditional Kyoto Arare making techniques. We then add a modern twist in pursuit of a taste we can be proud of; to bring new flavor sensations for our customers around the world to enjoy.

Focusing on our shared values we will continue to innervate for the next 100 years and more. We aim to be a 'creative factory that thinks from rice and enjoys from rice.' 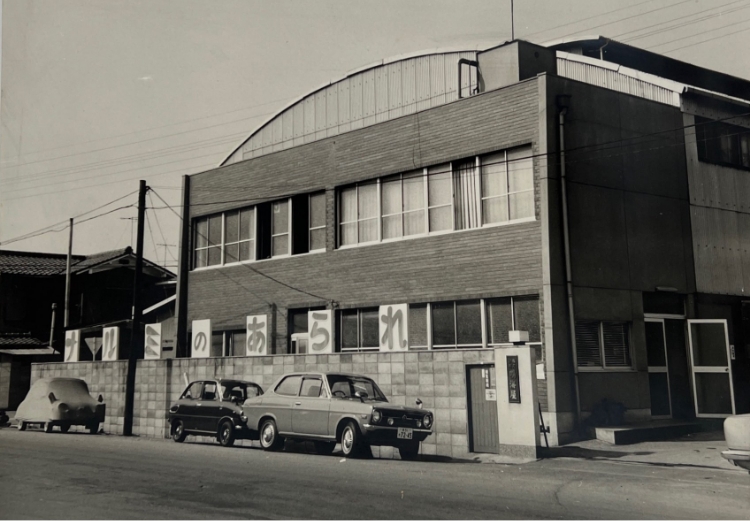 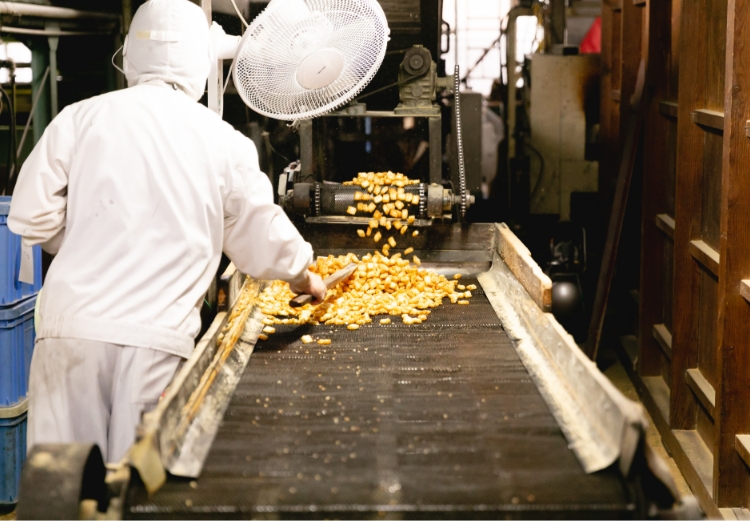 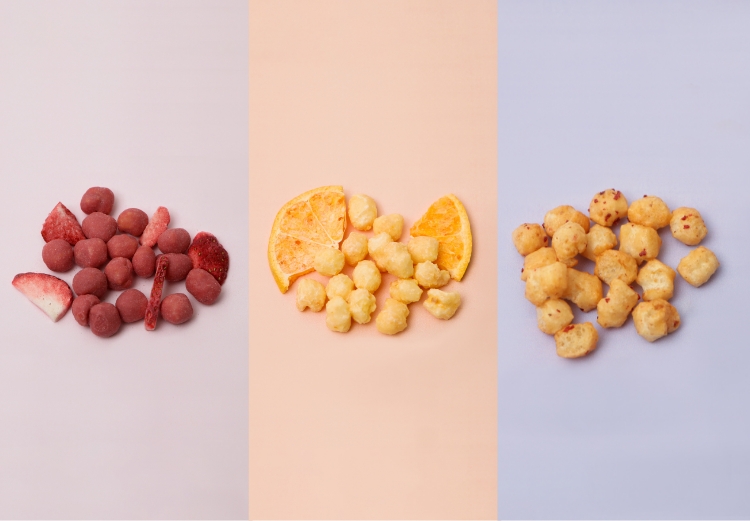 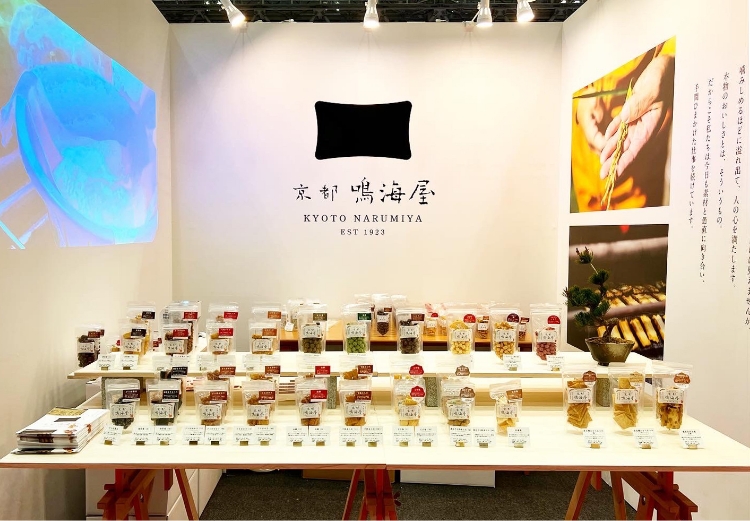